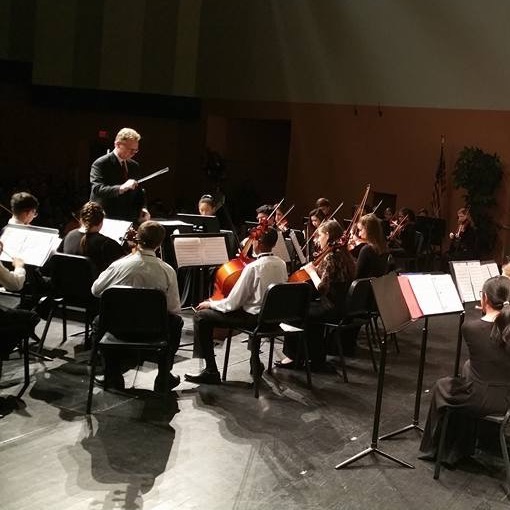 Michael Fraley earned a bachelor of arts degree in music performance from the New England Conservatory of Music in Boston Massachusetts and a master’s degree in music education from Florida International University in Miami. He is a rare two-time Nationally Certified Teacher (NBCT) and was one of the very first music teachers in the United States to earn this honor in 2002 and again in 2012.

Fraley has taught in Massachusetts, New Hampshire, and Florida at the secondary level. Currently, Fraley is currently in his 12th year working with the Youth Orchestra of Palm Beach County (YOPBC.) Under his direction, YOPBC has once again flourished, earning in 2016, the Muse Award- Liman Excellence in Arts Education from the Palm Beach County Cultural Council. Additionally, YOPBC has been praised by the community and has earned the “Best of Boca” Awards in the Cultural Arts category for the years 2015, 2016, 2017, and 2018. YOPBC continues to grow and thrive as a significant and long-established arts organization in Palm Beach County.

He has been the recipient of several awards including The Frank Prize, Teacher of the Year, Florida Jaycees Teacher of the Year, Chamber of Commerce Outstanding Educator, and the Tom Bishop Award from the Florida Bandmaster’s Association. He has been the Florida Bandmaster’s Association District 14’s Chairman and has served on District 14’s State Executive Board. Most recently in 2018 and 2020, Fraley was selected to be on a distinct panel to develop, design and test the new Florida State Music Teachers exam in conjunction with Pearson Education and the State of Florida Department of Education in Tallahassee. He is also an advisory board member of the Boca Raton Center of the Arts & Innovation.