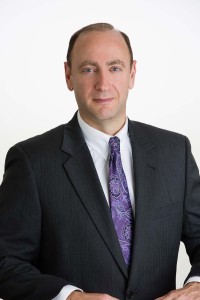 Board Chairman Stephen B. Gebeloff, Esquire, was born in Glen Ridge, New Jersey. He graduated from Binghamton University with a bachelor’s degree in political science. Gebeloff earned a law degree from the University of Pittsburgh. He was admitted to the New Jersey Bar and the Pennsylvania Bar in 1988. In 2004, Gebeloff was admitted to The Florida Bar.

The founder of The Gebeloff Law Group, with offices in Boca Raton, Gebeloff is an experienced litigator. His primary areas of practice are commercial law, creditors’ rights, and construction law. He has represented clients from the banking, insurance, advertising, manufacturing, transportation, leasing, telecommunications, and service industries. 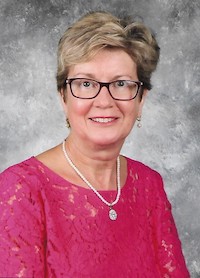 Nancy Beebe, a national board certified teacher from 2005-15, has 34 years of teaching experience. She received the “Music Teacher of the Year” award for the Palm Beach Youth Orchestra in 2005. In 2007, Beebe was a finalist for the Palm Beach County Economic Council William T. Dwyer Awards for Excellence in Education. That same year, she was selected as a candidate for the 26 th edition of Who’s Who of American Women.

Currently in her 25 th year as the string director at Bak Middle School of the Arts in Palm Beach County, Beebe has received superior ratings at the Florida Orchestra Association’s Music Performance Assessments for her leadership of Bak Middle School’s Advanced String,

Symphony, and Intermediate Strings orchestras. In addition, under Beebe, the Advanced String Orchestra at Bak Middle School has received straight superiors for the last 25 years, as well as high acclaim and top awards at national and international school music festivals and competitions. Under her direction, the Advanced Strings Orchestra has had the honor of performing at Carnegie Hall twice, Symphony Hall in Boston, the Royal Academy of Music in London, and twice at Orchestra Hall in Chicago through the WorldStrides music festival. In 2012, Bak’s Advanced String Orchestra was selected to perform for the American String Teachers Association’s National Conference in Atlanta, and in 2016, was invited to perform at the Florida Music Education Association’s President’s Concert and at Carnegie Hall.

For two consecutive years, Beebe initiated and hosted a two-day Artist-in-Residence program for all her students. The residency featured guest talent Toomai, a string quintet of musicians that was formed at The Julliard School in 2007. Students from the Bak School’s Advanced String and Symphony orchestras also participated in a master class with musicians from the Heifetz Institute two years ago. The Advanced String Orchestra had the opportunity to perform the Vivaldi Gloria under the direction of Dr. Edith Copley and Dr. Michael Huff at the Bob Carr Theater in Orlando. This was made possible through the WorldStrides Heritage Performance Programs.

Prior to her position at Bak Middle School for the Arts, she taught elementary music for 10 years during which time she initiated and directed successful after-school string programs. Prior to moving to Florida Beebe was the music director at a private academy in Parma Heights, Ohio.

Beebe earned a bachelor of music degree from Bowling Green State University, where she studied cello with Dr. Alan Smith, and performed in master classes for Nathaniel Rosen and Gordon Epperson.

Beebe is an active guest conductor and certified adjudicator for the state of Florida. She is a past president of the Florida Orchestra Association as well as a past president of the Florida American String Teachers Association (FLASTA). Under Beebe’s FLASTA leadership, a Spanish piece, Cincopations, by composer Richard Meyers, was commissioned in 2010, for the 7 & 8 All-State String Orchestra. 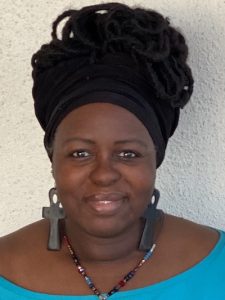 Professor Erika Locke-Williams is a native of West Palm Beach, Florida where she developed and nourished her talent as a musician.  She earned an undergraduate degree in music education as a trombone and piano major from Florida Agricultural and Mechanical University in Tallahassee. She earned a master’s degree in music education from Florida State University. Additionally, she earned an Ed.S. in educational leadership, as well as doctoral studies (Ed.D.) at Nova Southeastern University in instructional leadership with a minor in adult education.

Locke-Williams began her teaching career in Tallahassee, as a middle school chorus, orchestra, band, and general music teacher. Subsequently, she taught all music disciplines in the Dekalb County School District in the Metro Atlanta area as well as in the School District of Palm Beach County. Currently Locke-Williams is a professor of music at the Eissey Campus of Palm Beach State College and Barry University.

Locke-Williams is the mother of three children – daughter Cameren is a student at the Juilliard School in viola performance, daughter Musiq is in ninth grade and plays the cello and her 10 year old son, EJ, plays the violin and sings. Her children co-authored a  book titled KinderLute: A Young Musician’s Guide to taking care of String Instruments which is part of the curriculum of many schools, youth orchestras and private teachers across the United States. An animated adaptation of KinderLute, has been translated into six different languages and used throughout the world.

Active in her community Locke-Williams serves as a board member on several community music institutions in addition to YOPBC. She is known throughout the state as a master teacher and lecturer who is responsible for the growth and development of many rising stars in the world of classical music. 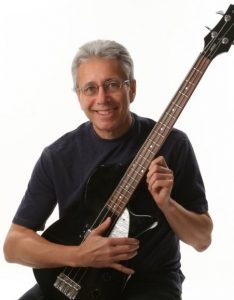 A native of Austin, Minnesota, Chas Averbook spent his college years at the University of Michigan, earning both an undergraduate degree in industrial engineering and a

Juris Doctor degree from the Law School. Averbook was an associate in the Chicago law firm of McDermott, Will & Emery; and a partner at Rudnick & Wolfe (now DLA Piper).

Active in the community, Averbook is a former board member and current committee member at the Boca Bath & Tennis Club and is also captain of the Boca Bath & Tennis men’s tennis team. He is a former board member of the Boca Raton Children’s Science Explorium. Averbook and Debbie, his wife of 49 years, are longtime members of Temple Beth El of Boca Raton. Averbook has served on various Temple Beth El committees over the years and is the bass player in the Temple volunteer band.

Averbook’s interest in music began at a young age as a drummer in his middle school’s band and as the bass player in a high school folk singing cover group. While in college he composed three campus musicals and was the drummer in a rock band. For the last several years, Averbook has been the bass/keyboard player in a local classic rock band, the rehearsal pianist for the Boca Raton Parkinson’s Choir, and the bassist in “ThreePlay,” a local jazz band.